Hmmm… what happened to that pre and post Italy report?  Well the race down hill towards leaving for Italy, including getting the farm shut down and taking the turkeys to processing, sucked all the air out of the room.  Since we’ve been back, between catching up on all we missed and fighting the head cold that seems to be going around we now find ourselves on the morning of the special Tuesday before Thanksgiving market from 3:00-6:00 this afternoon, more on that later.

Like all big trips and conferences, Italy was exciting and exhausting, too short a stay and too long, too much to see and not enough.  We arrived in Milan a week before the Terra Madre conference was to begin.  This would give us time to recover and acclimate before we encountered both our Italian family and the nearly 8000 delegates at the conference, it is hard to say sometimes which takes more stamina.  Off we went in our rental car (Betsy driving and me navigating, which is quite humorous to our Italian friends) east up into the Alps and the Dolomites.  Past lake Como and then up a the long Valtellina valley whose specialties are pastas with buckwheat, a cheese called bitto, what seemed like a lot of apples and lovely red wines.  Just over the northern mountain is Switzerland.  The second day we drove over the Stelvio Pass the second highest in Europe at 9000′. 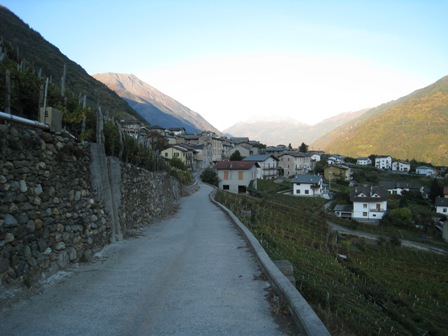 Once we cleared the pass we were in the Alto Adige or Sud Tirol as this area is really a part of Austria under the Italian flag.  All places have two names the Italian and the German and German is the dominant language.  For two nights we stayed at an apple farm up on the slopes of the Dolomites, over looking Bolzano, and were definitely the only non American tourists in the area.  The food here is Germanic with lots of sausages, kraut and dumplings, more beer than wine and a lot of apples.  We drove for parts of three days, maybe 150 kilometers, through non-stop apple orchards covering the entire valley floors.  The disappointing thing was they were all the standard commercial varieties we have here in the stores; Red and Golden Delicious, Fuji and Gala, no old European varieties! 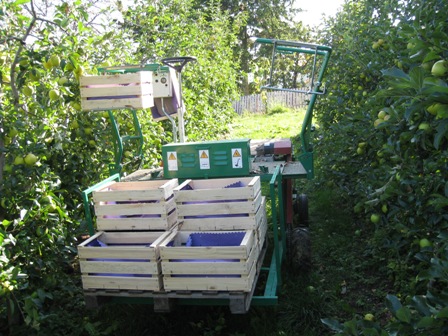 On the fifth day after leaving home we finally arrived in Torino and at our dear Italian friends who housed us and went too far out of their ways to take care of us.  We had a few days to visit with them before the Slow Food events started and it was just right.  The combination of the Terra Madre conference with nearly 8000 delegates from 150 countries and Slow Foods’ specialty food show, The Salone del Gusto, next door with 180,000 attendees over five days is in many ways too much.  Your senses are overwhelmed by the sights of everyone in their native dress and the taste and smell of the foods that it sustains you for a while, then you realize the crush and madness of it all and you have to walk outside for a while to reorient your self.  We do always come away with the reaffirmation that the local food and small farm movement is doing some amazing things around the world and in the US, and maybe that is enough of a reason to throw yourself into such a maelstrom.

The highlight, for us, was on the last day of the conference when our Italian friends hosted most of our Triangle delegation at their farm for a cookout and farm tour.  Amazing food and for most of them the only time they were on a farm since they left North Carolina.  I think that it allowed them to tie together some of what they had seen and heard for the previous four days about community and food that is “good, clean and fair”. 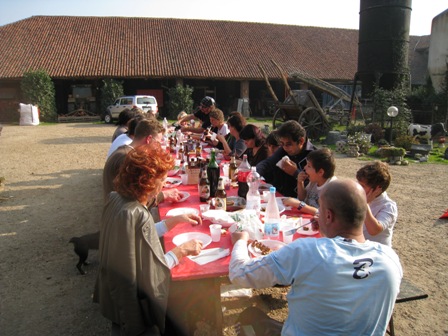 The last three days we retreated to the Ligurian coast and the beautiful area of Cinque Terra.  Five fishing villages clinging to and strung along a steep coastline.  We walked the trails between the towns, ate way too much, and slept.  Finally the long road home with many train, bus, and plane changes.