Betsy says never mention the word vacation to her in August again.  I actually downplay it and call it the August “break” because we never really can just walk away from the place at this time of year.  We still have to do enough work to “keep the lights on” so that there will be something to harvest and sell when we come back.  We still harvest a little (if you don’t cut those flowers they go into decline early) and of course have to water the greenhouse and irrigate and deal with the turkeys and, and, and…  The break concept is important though because we are so worn down after five straight months it helps for the mind and body to heal a bit before heading into the last stretch.  The complication this year was that I strained a muscle so badly in my back that I was out of commission for most of the week and so Betsy had to take care of my “vacation” chores and well as hers.  She says this one is going to cost me jewelry!  But we’re back! and the staff is back, well rested and ready to go.

This is another one of those transitional weeks during the year that signal seasonal change.  We begin pulling out the very first plantings of tomatoes today as they are essentially dead.  No more Early Picks or Orange Blossoms.  Tomorrow we will begin and maybe finish the winter squash harvest.  One normally thinks of these hard squash as being ready more up into the fall months but we have to plant them early so we can avoid their number one enemy, pickle worm, which bore into the fruit and destroy it if we plant them too late.  So they are ready to pick now and we will have them through September.  The “mechanical frost” as Betsy likes to call it rolls in too.  We really begin to mow down many crops that are spent especially flowers that Betsy has stopped cutting because there are newer better looking plantings coming on in another field.  Now our thoughts turn to late fall and cool nights and travel to foreign places.

Picture of the week 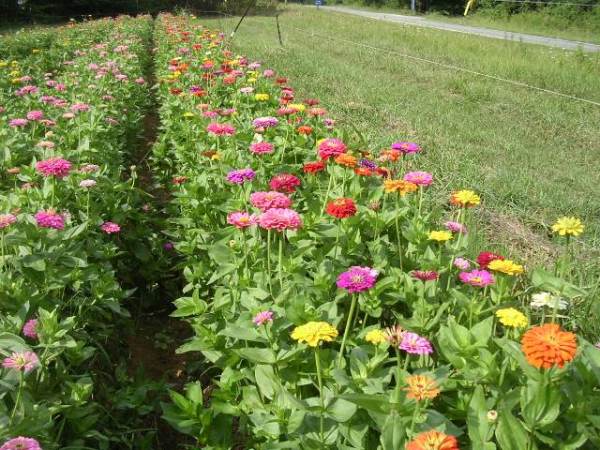