Well we’ve been back for ten days but a combination of too many things to deal with and not enough time or energy to overcome the pile until now.  Let’s talk Italy!   We had a great time!!!

The whole trip is still kind of a blur and we are still processing all that we saw and did.  In many ways it was what we expected and then there were the parts that completely overwhelmed us.  The actual Terra Madre event that was the catalyst for us going was amazing and also crazy.  It was like the Olympics and the United Nations all at once, almost 5000 food producers from 128 countries with seven languages being translated at once!  The logistics of such an endeavor are mind boggling and as one would expect a few crumbs fell between the cracks at times.  This lead to the workshops being somewhat challenging (read mostly not great) but the people watching and people meeting made up for that.  The delegates where encouraged to where their traditional dress (which made us North Americans look mighty pasty!).  The African women with their jewelry, the Peruvians with the hats and bright colors, the native Brazilians with the feather headdresses, the Kirghiztani herders with their tall felt hats and more.  Then the impromptu market place that sprung up on the floor heightened the sense that we were not in Kansas! 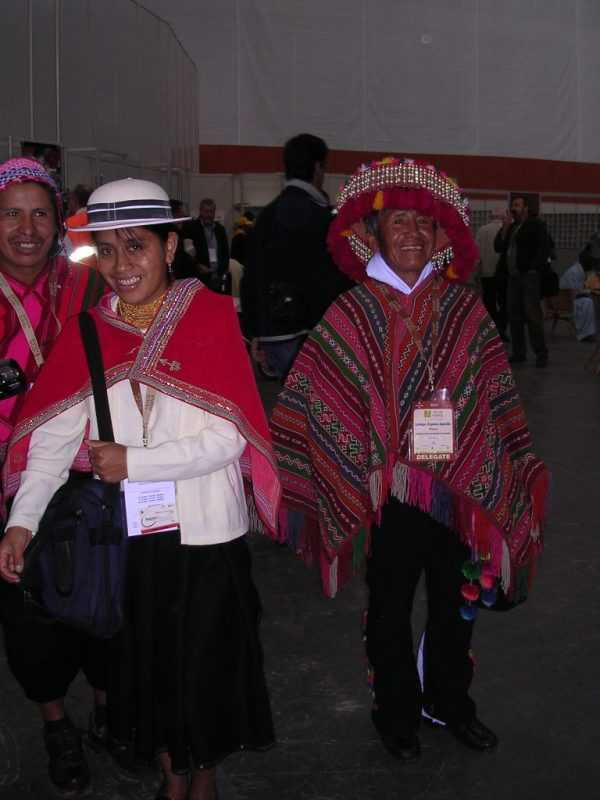 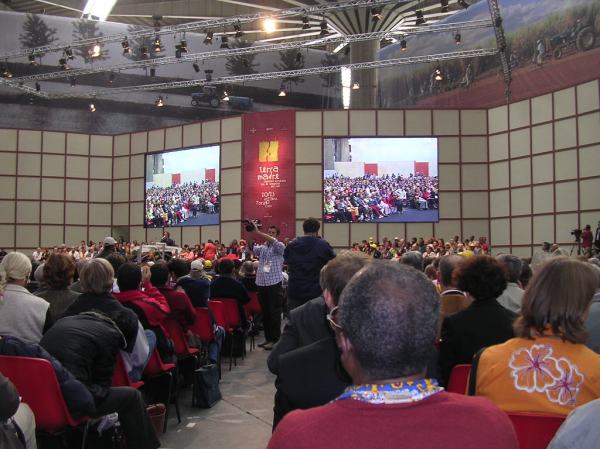 The closing ceremonies with Prince Charles!

The most unexpected and by far the best part was where Betsy and I stayed.  We had been told that it might be a farm stay.  To us that most likely meant an organized agritourismo, used to housing foreigners.  After being in transit for 27 hours and mostly awake for 33 straight hours we were dropped off in the dark in front of a classic Italian brick and tile roofed facade.  Greeted by our farm family who spoke no English except for the uncle (Oscar) and we who spoke about six words in Italian.  For five nights we had the best time, learning and laughing and eating the most amazing meals we would have in the country.  With lots of patient help translating from Oscar and his son Diego, pictures we had brought with us, and a large Italian/English dictionary we managed to get the gist of what both sides were saying.  This fourth generation farm produces artisan meat from raising the grain, to feeding it to the special Piedmontese beef and hogs, all the way to selling it in their own butcher shop down stairs.  This was some fabulous meat and salami and we were treated to many great traditional dishes each night as we would sit down to six and seven course meals (molto bene!).  Michele and his wife and son, Kati and Lorenzo, worked long hard days (duro giorni) and had just opened their house and farm to us.  We became friends and hope to see each other again. 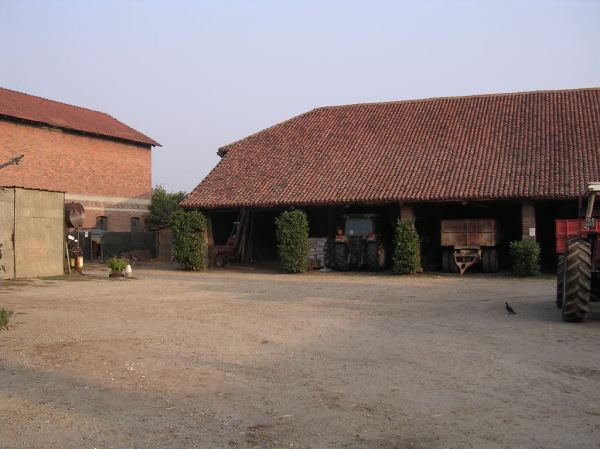 The inside of their beautiful courtyarded farm

Needless to say as we waved goodbye on the seventh day from home (with not much sleep and too much stimulation) and made our way to the train for the rest of our trip we looked forward to time alone to think about all that had transpired and some much needed rest.  Over the Maritime Alps to Sanremo on the Riviera de Fiori in search of the largest cut flower market outside of Holland.  It was not to be easily found but we managed to get the right bus and walk through it but long after the days business was over.  Next trip!  We did have a nice time walking the streets and climbing the rabbit warren alleys of the old town.  Finally another train ride back to Milan for the night and then the long trail home.  As we were on the shuttle bus back to our car at the airport in Raleigh it seemed hard to believe that we had been on the subway in Milan that same morning.

The Riviera from our hotel room

I would like to say that we came home with many great new things to produce for market but there was just nothing that jumped out at us, there are surely things that we will incorporate into what we do and maybe some of the seeds we brought back will be new treasures!  The experience was one we will never forget and we want to thank all of you who made it possible!

Things here on the farm looked great when we returned, Joann can run the place without us just fine.  The turkeys are all sold and are headed off on Monday to be processed.  Look for a newsletter in two weeks just before the special Thanksgiving market on Tuesday the 23rd from 2:00-6:00pm.  The rest of the vegetables and flowers for Thanksgiving are coming along nicely too.