It took a day or so to recover from the Southern Foodways Alliance symposium, partly from the activities and then the 11 hour drive home through the rains from Hurricane Nate.  A great weekend with some really great presentations on Latino culture, food and civil rights in the South.  Outstanding meals from some of the Souths leading Latino chefs and excellent music!

Back to reality, spent much of the last two days on the tractor mowing crops and turning soil getting ready for the winter cover crop sowing.  The bit of rain we got the last few days has been just enough to make the soil work beautifully.  If all goes well, it will be done by Monday before the next rains come in. 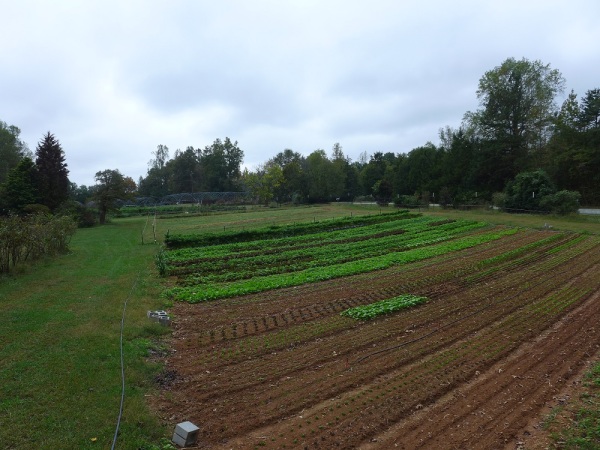 What’s going to be at the market? END_OF_DOCUMENT_TOKEN_TO_BE_REPLACED

So I didn’t mean to leave every one hanging with last weeks newsletter like a “Who shot JR” ending, I thought it was just implied that there was more to come.  Part of the reason we have decided to talk openly about our succession process is that we know a number of farms struggling with the exact same issues and we don’t know anyone who has successfully passed on their operations to a non-family member.

Even farms with children or family members are having a difficult time figuring it out.  In 2014 when Betsy was in California for the first Gathering of the Agrarian Elders even those very successful farmers had no plans for transition, were just thinking about it or their kids did not want to take over such large operations.  We hope that by writing about our experience other older farmers or young farmers looking for some way to farm will get some ideas.

Big seasonal changes on the farm this week as the annual soil preparation for all of next year begins.  While we did get almost 3 inches of rain last night it is timely to make it easier to work the soil, by next week it will be perfect.  I spent the first big block of time on the new tractor yesterday doing the final mowing of spent crops and cover crops and it was a pleasure.  Still getting used to the new sight lines, sounds and turning radius but I will give it a thumbs up.

We also uncovered six of the eight Big Tops getting ready for winter, finished cleaning out the rest of the tomatoes and spread compost on next year’s tomato beds.  Slowly we lurch towards the first frost. 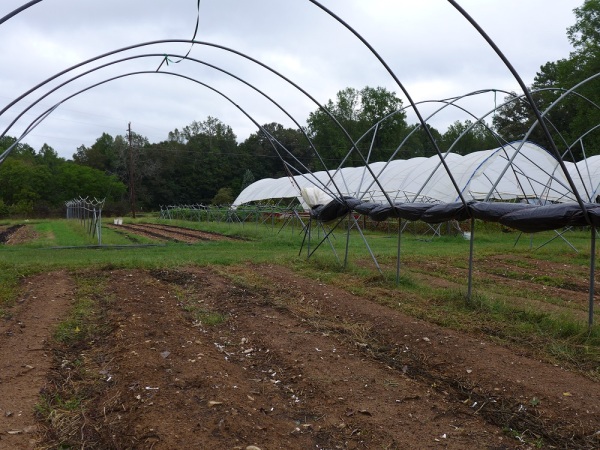 What’s going to be at the market? END_OF_DOCUMENT_TOKEN_TO_BE_REPLACED